Quantity over quality. This is the primary reason they often don't make sense compared to those from earlier decades although I'm sure I can find plenty of rubbish from the '80s. Its notable that only the auteur films have 'consistent continuity'. No shit. The director actually got to shoot and edit those bits! 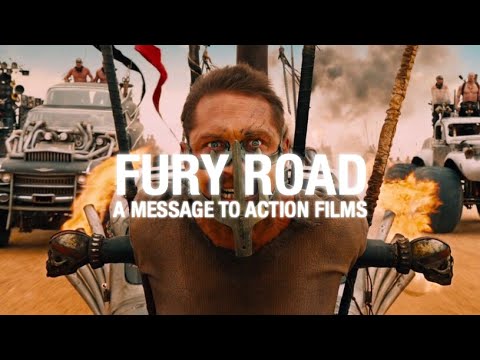 I have more but have to run. In general, I call BS on most of this, although I fully understand why cinephiles get upset. Iron Man 3's action sequences are utter nonsense. Look at Drive, this is a very small movie but it has the most realistic and adrenaline pumping action I've seen in years, it's almost a modern classic movie.

Or watch Ruins, the short CG movie, but it's clearly inspired by Terminator 2 and made people wet their trousers. Watch Jack Reacher, actually- it's probably one of the best action films of the last few years, but most didn't bother because of it's Tom Cruisey-ness. Shame, as it's a solid genre effort that's been directed and shot by a pair of people that give a shit about actual cinema- it's got one of the best car chases, and several of the best fights that I've seen in mainstream cinema in years.

Chris McQuarrie cited John Ford's work as a bit of an influence, and you can see it shine through in places. It's definitely a modern film, but made using the sort of sensibility, direction and pacing you might have seen 40 years ago. Jack Reacher is a phenomenally well-made action flick. The car chase sequence was a delight.

Jack Reacher is good cinema for sure, but the plot line is a little underdeveloped in my opinion. Lot of people do not bordered to rent it or watch the movie. Maybe the title it's not appropriate and give no idea, we must admit a nice script. Some time i missing film like Inspector Harry or Billy Jack, where you see the first white using karate at the movie. But today many unplug the TV i have a large flat screen and i watch only movie with and i never watch TV or cable from the last 12 year, it's hard for me to find 4 great new film a week.

What is missing it's Independent filmmaker and producer to show us new material. Sorry, but no. Michael Bay is definitely NOT lazy. And his style changes from film to film, even with recognizable "Bayisms" that distinguish his movies, they are stylistically distinct. Liking his style is a matter of tastes, preferences, ect. But, let's at least be honest about what he's doing in an action sequence. Snap judgements about his motives are far lazier than anything he puts on the screen.

Not only is Michael Bay lazy but he gives a fuck about his audience which is way to stupid to tell the difference between a turd and a burger anyway.

Partially agree. While I'm not a fan of Bay's style for the most part he is obviously incredibly hard-working and focused on producing a distinct brand of hyper-cinema that many people like. I thought Transformers 3 was pretty impressive. That said I call bullshit on the judgements made by the producer of the above videos. I like coherent geography in my action films for the most part but it's a totally valid choice to disorientate and visually overload the viewer to emulate the feeling of a brutal action experience.

Most of the films he uses to demonstrate are actually using continuity similar to the old films - just sped up for a more visually-literate audience who CAN follow what's going on Of course I find some modern films too shaky or disorientating Transformers 1 and Borne 3 are good examples but that is just a 'bad' use of this style, not proof that this style is not valid. More in support of his point, the success of Avatar, Gravity and Drive tell me that audiences still appreciate good old-school action geography.

Stu, this is true. Every single time James Cameron decides to make a movie, which is always old school and has clean geography, it's the biggest movie ever.

Audiences a lot of tiems don't care necessarily if the geography is clean or not, but I think a lot of times they have a special appreciation when it is, maybe they can't articulate why. Could you imagine Gravity asa chaos type of movie, it wouldn't work. I'd disagree with you there A Frankenheimer car chase would need three cars and great stunt drivers. You could do that WAY cheaper. Personally I don't think its an issue of old cinema vs the new.

The funny thing is I hate sub titles but I will rather that over having to rewind the film a tonne of times to work out whats going on. My point is its a matter of choice, obviously these films are selling so a vast number of people like or can deal with that style, I love Inception but would have hated it in the cinema as it too me twice the time to watch it because of the number of times I went back to understand the action. Sorry, but that doesn't wash. Many action movies are made with clear action scenes. Tarantino doesn't make a mishmash of cuts and shaking camera, and he makes hit after hit.

You can tell what happens in the Marvel movies, I'd say those are fairly classically done. I bet you anything the new Star Wars will be classically made.

Skyfall has clean action. The Hobbit movies have clean action. All the shaky camera in the world didn't make anyone want to see Battleship. It's not a binary thing, this works or this doesn't work.

The more digital he does, the less he remembers what physics used to mean. It's all weightless feeling, and combined with unmotivated camera movement. Picture that dwarf rolling around in the barrel while the other barrels were in the water. When there is less of both, his action looks better. Get over yourself buddy. There is no such thing as what cinema "should be". To each their own. If you are really having that hard of a time understanding the onscreen action, you should see a doctor, not make a poorly edited video.

What is this dude's problem. I followed the action just fine. I agree with his point on sound but his tone over this whole things is so disrespectful and condescending. I think the intention is to make you feel the action and the chaos at the same time.

As you might have figured he seems a bit 'slow' if you know what I mean. Interesting essay, although I would argue that "chaos cinema" is still an art form unto itself; whether or not one likes it is another matter. I also think Stork would do better to characterize chaos cinema as the trademark of certain directors, rather than the current standard of the action genre Michael Bay, Tony Scott, Christopher Nolan and Paul Greengrass dominate his examples.

He neglects other, more coherent action films such as Drive and Skyfall, the latter of which is an especially good contrast with Marc Forster's frenetic and far less-satisfying Quantum of Solace.